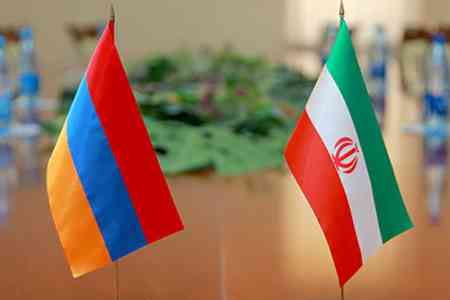 ArmInfo. Armenian Ambassador to Iran Artashes Tumanyan, during a meeting with Iranian Deputy Foreign Minister for Political Affairs Seyed Abbas Arakchi,  informed the latter about the situation in Armenia and Artsakh after  the leaders of Armenia, Azerbaijan and Russia adopted a trilateral  statement on the cessation of hostilities in the Nagorno-Karabakh  conflict zone and current processes.

As reported by the press service of the RA Embassy in Iran, the  interlocutors exchanged views on the settlement of the  Nagorno-Karabakh conflict and post-war processes, the participation  of regional and trans-regional actors and their possible role in the  future.

They discussed the directions and aspects of the Armenian-Iranian  mutually beneficial and mutually agreed cooperation, especially in  the current difficult situation.

There was expressed mutual confidence in the need to constantly  maintain and strengthen contacts between government agencies and  public circles, to hold consultations, as well as to intensify  activities in ongoing joint projects.