The enemy continues to launch missile strikes on Shushi 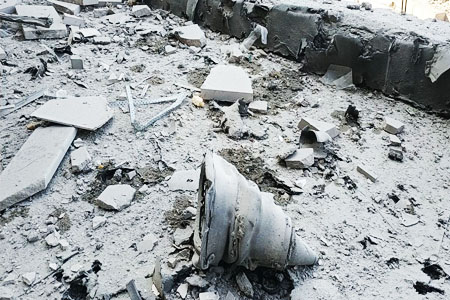 ArmInfo. The enemy continues to launch missile strikes on Shushi. This was reported by the press service of the State Emergency Service.

"Shushi was again attacked by enemy missiles. This time the building  in front of the St. Ghazanchetsots Church was damaged. The missile  fell in the middle of the central road of the city. There are  casualties, great material damage has been caused,"  Artsakh State  Emergency Service reports.

Meanwhile, according to sources @wargonzo in Artsakh, the Belgian MP  came under fire in Stepanakert.

It should be noted that the settlements of Artsakh are under  permanent intensive fire from enemy forces for the second day, many  infrastructure buildings have been destroyed, and there are civilians  injured.