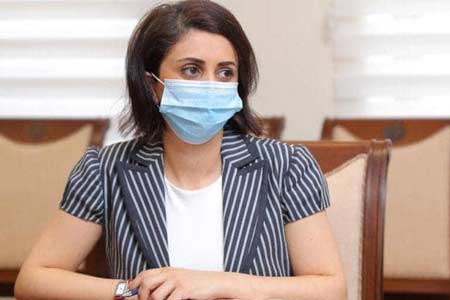 ArmInfo. With the exceptional mediation efforts of the Russian Federation and with the participation of the field team of the Personal Representative of the OSCE Chairman-in-Office, on October 29, the bodies of 30 Armenian servicemen killed in the hostilities were handed over to the Armenian side. Press secretary of the Armenian Defense Ministry Shushan Stepanyan announced this on her Facebook page.

"At the same time with the efforts of the ICRC one civilian was   returned to Armenia.  In its turn, staying committed to the achieved  agreements in the sidelines of humanitarian truce, the Armenian side  expresses readiness to hand over to the Azerbaijani side the bodies  of servicemen in Artsakh's territory and launch the process of  withdrawal of the corpses from intermediate sector of  Artsakh-Azerbaijani front as well as exchange information about  prisoners of war and their further exchange,> Stepanyan noted