Press Secretary: The most intense battles of Artsakh AO are conducted  near the villages of Avetaranots, Skhnakh and Aknakhbyur of Askeran  region 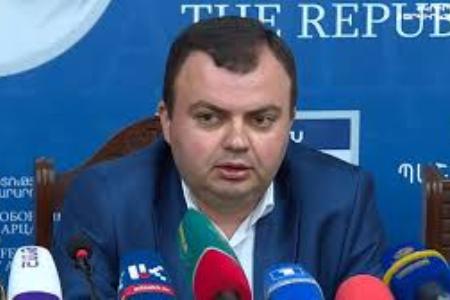 According to him, the most intense battles are carried out by the  Defense Army near the villages of Avetaranots, Skhnakh and Aknakhbyur  of the Askeran region. "Tthe enemy has large losses in manpower, "the  press secretary of the Artsakh President said.  At the same time, as  reported by the State Emergency Situations Service of the republic,  at 8 o'clock in the morning an air alert was announced in  Stepanakert. At 08:03, the sound of another rocket was heard. The  Azerbaijani armed forces used a multiple launch rocket system of the  "Smerch" type. One residential building for individual use was  destroyed, a neighboring building was completely collapsed, one car  was damaged. The owner of the house was wounded and taken to a  medical facility.