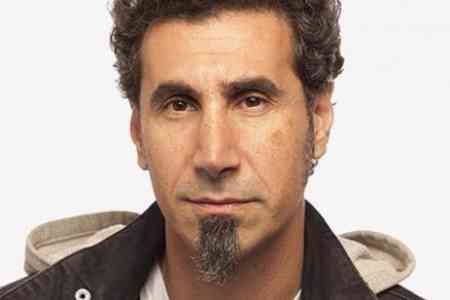 ArmInfo.On the initiative of AGBU and Creative Armenia, on October 26 at 21:00 (local time) a charity concert will be held online, the funds raised from which will  be directed to support Artsakh. The leader of the rock group System  Of A Down, Serge Tankian, announced this on his Instagram.

Note that the concert will be broadcast live on Facebook and YouTube,  and you can join by going to the Creative Armenia event at the  following link: https://www.facebook.com/events/756105921642667/ The  event "Concert for Artsakh" will be attended by the leader of the  American rock band System Of A Down Serzh Tankian, member of the  Capital Cities group Cebu Simonyan, and many other world musicians of  Armenian origin, including soprano Natalie Aroyan, violinist Ara  Malikyan, jazz and folk musician Arto Tunchboyadzhyan, "Voices of  Artsakh" ensemble, Areni Agbabyan and others.

In addition to raising funds within the framework of the concert, the  event also aims to tell millions of people about the struggle for  peace in Artsakh with the voices of Armenian musicians around the  world.