Expert: Mnatsakanyan`s visit to Washington on the eve of the  elections is the result of the absence of the agenda 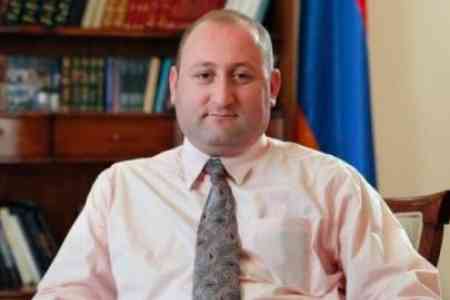 ArmInfo. The visit of Foreign Minister Zohrab Mnatsakanyan to Washington actually a month before the presidential elections in this country is a natural result of the  absence of an agenda between our countries. A similar opinion was  expressed to ArmInfo by the head of the "Armenian Center for American  Studies" Suren Sargsyan.

"If there were consistent work on this agenda, we simply could not  fail to notice it. Moreover, both after the change of power in  Armenia, and throughout the entire period of Donald Trump's  presidency. In this light, the organization of the visit of the  Armenian minister during the completion of the first, Perhaps Trump's  last presidential term raises certain questions. Accordingly,  Mnatsakanyan's voyage to Washington cannot cause great expectations,  "he stressed.

At the same time, Sargsyan is by no means inclined to determine such  a state of affairs in the Armenian- American relations by  geopolitical circumstances. In particular, the special relations of  Yerevan with Moscow and Tehran. As a substantiation of his point of  view, the expert cited the example of Kazakhstan, which is developing  excellent relations with the United States at the highest level and  with a fairly rich agenda.

"All this does not in any way interfere with Kazakhstan's relations  with Russia, its membership in the EAEU, by the way, created on the  initiative of the then Kazakh President Nazarbayev. Relations with  the United States and other countries that also have good relations  with Russia are developing in a similar way.  In this light, the  arguments, according to to whom Russia and Iran are allegedly  hindering Yerevan from developing relations with the US, they seem to  be untenable, "Sargsyan summed up.