French diplomat: Paris is also unhappy with the lack of progress in  the negotiations on Karabakh 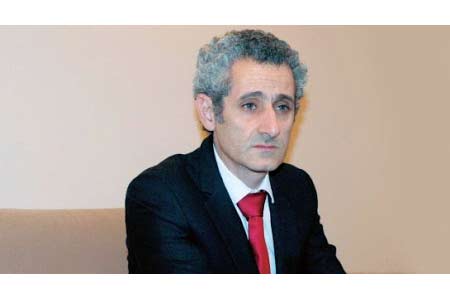 According to APA referring to the Ministry of Foreign Affairs of  Azerbaijan, Bayramov, according to the tradition inherent in  Azerbaijan, accused Armenia of "provocative and irresponsible  behavior, in connection with which the negotiation process on the  settlement of the conflict has reached a dead end." The head of the  Azerbaijani Foreign Ministry also expressed dissatisfaction with the  actions of the Minsk Group co-chairs, assuring that it is wrong to  behave in the same way towards both Armenia and Azerbaijan.  It was  also emphasized that the wide armament of Armenia lately testifies to  "the interest of this country in committing new provocations."

In turn, Gross stressed France's interest in ensuring peace and  security in the region and noted that his country is also  dissatisfied with the lack of progress in the negotiations to resolve  the conflict.