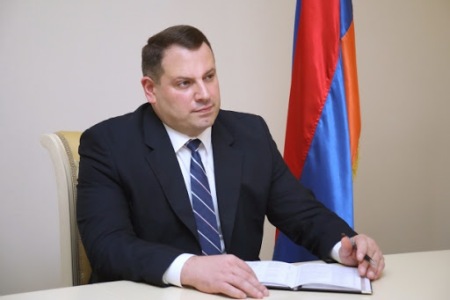 ArmInfo.  The Investigative Committee of Armenia notes that the latest exacerbations on the  border are the result of advance, thorough military, political and  propaganda preparations of Azerbaijan.

As the press service of Investigative Committee of the Republic of  Armenia reports: "Based on the evidences collected during the  investigation of 37 criminal cases initiated by the Investigative  Committee of the Republic of Armenia on the facts of a number of  international crimes committed by the armed forces of Azerbaijan in  the period from 12 to 22 July 2020, as well as the volume, nature,  system, tactical and technical characteristics and locations of the  used mortar-missile-artillery weapons of fire destruction, the degree  of thoroughness of the analysis of the selected ground targets, the  involvement of high-ranking military officials responsible for the  development and conduct of the military operation, the number of  personnel involved, the observance of the established procedure for  this, the extent of ignoring the norms of international humanitarian  law, the Investigative Committee of the Republic of Armenia has come  to the conclusion that this is the result of in advance planned,  thorough military, political and propaganda training, planned,  organized and sanctioned directly by the highest political and  military leaders of Azerbaijan.

The articles analyze the mechanisms of bringing the  military-political leadership of the Republic of Azerbaijan to  criminal responsibility for the systematic commission of war crimes  prohibited by the Geneva Conventions, the Hague Law, the customary  norms of international humanitarian law and the Rome Statute of the  International Criminal Court through the doctrine of "joint criminal  acts", which is operated by the international criminal law, since the  acts committed by this category of persons, as a rule, become the  subject of investigation by international criminal justice bodies on  the basis of definitions developed by international practice.

The actions of the armed forces of the Republic of Azerbaijan are  projected onto the corps of previous sentences of various  international criminal courts, such as the International Criminal  Court, the International Tribunal for the Former Yugoslavia, the  International Tribunal for Rwanda, the Special Court for Sierra  Leone, etc. The process of international criminalization of the crime  of aggression is analyzed, definition of aggression as a criminally  punishable act of natural persons is compared, according to the  Statute of the International Criminal Court, in accordance with the  amendments made by the Assembly of States Parties to the Court in  2010, with the corpus delicti under Article 384 of the Criminal Code  of the Republic of Armenia "Aggressive War".

The correlation carried out by the author allows us to offer  scientifically grounded recommendations on the qualification of acts  that form the elements of the crime of aggression, including if it is  accompanied by the commission of criminal violations of the laws and  customs of warfare".

To note, the content of the articles can be found on the official  website of the Investigative Committee of Armenia www.investigative.am.