Expert: Aliyev will not benefit from a big war in the Caucasus 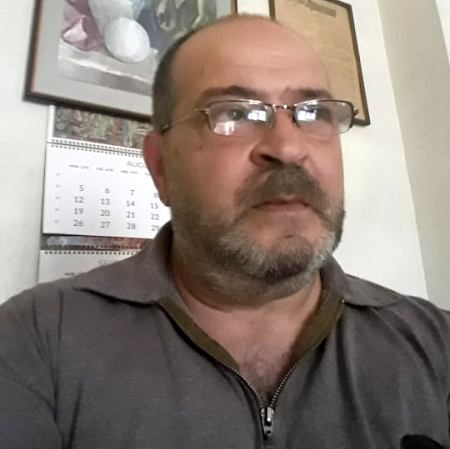 ArmInfo. Azerbaijan will not aggravate the situation and  will not resort to large-scale military operations with Armenia  limiting itself to tough positional clashes, which, most likely, will  be suspended due to the   represented by official Moscow and Minsk mediators, the head of the  Armenian rating agency AmRating, economic observer Emmanuil Mkrtchyan  expressed this opinion commenting on the situation with the  escalation of tension on the Armenian- Azerbaijani border in the  Tavush region.

Mkrtchyan expressed the idea that the continuation of the armed  conflict is not beneficial not only to the Aliyev clan, which, as a  result of several defeats, could simply lose power and go on trial in  its own country, but, first of all, Moscow, which risks losing the  secular Azerbaijan, which, as a result of the  "revolution", can be reformatted into an extremely nationalist  Islamist state, in fact, a puppet one, serving the ambitious Ankara.  The latter today presents itself not just as a regional power, but as  the main driving force of the so-called process  and, at the same time, the pivotal country of the Greater East from  Albania to the Uyghur autonomy of China.

The conflict between Armenia and Azerbaijan cannot become Casus Belli  for involvement of neighboring countries, since the situation with  the alignment of regional forces, not to mention the interests of  world power centers, does not yet give the reason to consider such  scenario. In this context, the aggressive position of Turkey, which  unambiguously expressed support for Azerbaijan, is nothing more than  a verbal confirmation of the political vector for the revival of the  foreign policy concept of Islamic pan-Turkism, the real establishment  of which would be not only unfavorable, but even fatal for the main  world centers of power.

It would be fatal for Russia, which is belted in its underbelly by  "Islamic" autonomous entities and the republics of Central Asia,  which are quite independent and are becoming more and more  uncontrolled, including due to the Turkish cultural, educational and  economic expansion.

It would be dangerous for China, which does not tolerate Uyghur  separatism, warmed up by Turkey, threatening to throw sand in the  wheels of the global project "The Great Silk Road" as an alternative  to US marine hegemony and a good opportunity for China's world trade  and economic expansion into European markets.

The super power United States is also not interested in such  development. It will not tolerate the possibility of the existence of  one major player in the Greater East, who would set the tone,  moreover, as the events in Syria proved,  such an ambitious and,  uncontrolled one like Erdogan Turkey, which systematically and  intentionally undermines by its domestic policy the foundations of a  secular state defined by the Mustafa Kemal's .

It would be unfavorable for the old Europe either, which is just  waking up after a 75-year post-war sweet hibernation, and is not in  the best condition. A united Europe, abandoned, obsessed with its  isolationism, Britain, and the behavioral attacks of the  collaborationist Visegrad group of countries towards it. Both "old"  and "new" Europe have special claims in Turkey, which is periodically  interfering in European affairs, trying to weaken it as a  geopolitical rival.

Therefore, according to Mkrtchyan, both Russia and all other large  and small countries need the Aliyevs, since they are not ready, and  do not want to get involved into the global Turkish pan-Turkic  adventure.  Perhaps Erdogan does not want to realize this, trying to  remain faithful to traditional Turkish diplomacy, playing on the  contradictions of the interests of the powers, and, recently, very  clumsily. But the Aliyevs, of course, understand all this, moreover,  they understand this at the level of the innate instinct of self-  preservation.