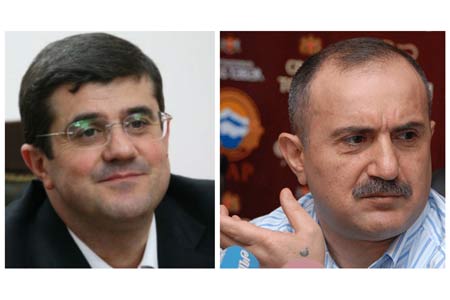 The head of Artsakh also said that the head of the "United Homeland"  party Samvel Babayan will become the secretary of the NKR Security  Council. <Samvel Babayan, when he agreed to cooperate, did not count  on any position. But he was always ready to interact for the good of  our country. His party took second place in the parliamentary  elections in Artsakh, they won a large number of votes. Yesterday, I  suggested that Babayan take the post of Secretary of the Security  Council>, Harutyunyan emphasized.

He also said that the Artsakh National Security Service will be  headed by Lieutenant General Kamo Aghajanyan. The latter will be  dismissed as deputy police chief. <I attach great importance to this  sectoer also in terms of cooperation with Armenia. We need new  qualitative changes. I agreed with the leadership of Armenia on  deepening this cooperation>, Harutyunyan emphasized.

Harutyunyan also emphasized that David Babayan, a former presidential  press secretary, was appointed adviser to the President of Artsakh on  foreign policy issues.