MP: In the future, Armenia will have such an intelligence service  which  in its capabilities will not be inferior to the CIA 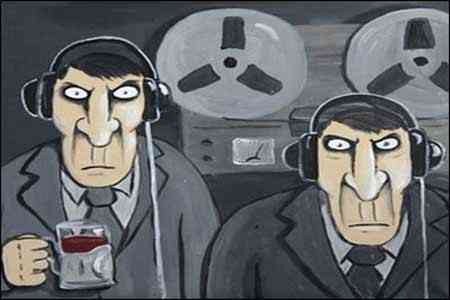 ArmInfo.One of the main tasks of the Armenian leadership is to solve the problems associated with the possibilities of strengthening the intelligence service. On May 18, Andranik Kocharyan,  Chairman of the National Assembly Inquiry Committee for Examining the Circumstances of the Military Activities  of April  war in 2016, said this in an interview with reporters.

Kocharyan expressed confidence that in the future Armenia will have  such an intelligence service , which in its capabilities will not be  inferior to the CIA. <It seems to me that this will prevent a  recurrence of the events that occurred in April 2016. As for the  activities of the Commettee, I hasten to inform you that we will  publish all documents, even those that contain secret information.  Naturally, all this will be carried out subject to the requirements  of the law "On State Secrets", the MP emphasized.

To note, the parliamentary committee to investigate the circumstances   of the April war in Karabakh was set up in 2019. The Committee  included representatives of all factions of the National Assembly.   The purpose of its work is to identify possible errors, shortcomings  or inaction on the part of the then authorities during the  aforementioned period of aggravation of the situation at the border,  which led to the death of more than 100 Armenian troops. The  committee has already been visited by the third president of Armenia  Serzh Sargsyan, former Minister of Defense Seyran Ohanyan, former  Minister of Defense of Artsakh Levon Mnatsakanyan, head of the  General Staff of the Armed Forces of Armenia Artak Davtyan, former  Prime Minister Karen Karapetyan, while former Chief of the General  Staff of the Armed Forces of Armenia Yuri Khachaturov refused to  answer the Committee's questions.