In Tavush, measures will be taken to protect the Red Book leopard 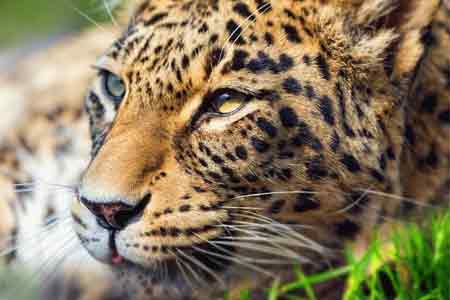 According to the Ministry of the Environment, deputy ministers Irina  Kaplanyan and Vardan Melikyan visited the Yenokavan village, near  which a few days ago, thanks to camera traps, a Caucasian leopard was  photographed. Issues related to the protection of the leopard and  raising the level of awareness of local residents were discussed with  the governor of the region Hayk Chobanyan and the headman of  Yenokavan Andranik Chibukhchyan.

Recall that a leopard was discovered in the Tavush region for the  first time in 50 years. The last time an animal was seen on this  territory in the 1970s. Tavush became the fourth region in Armenia  where the leopard lives. The Armenian Highlands is the habitat of the  Persian or Caucasian leopard (Panthera pardus tulliana). According to  some reports, in the 1970s and 80s, leopard was quite common in  Armenia. But over the years, the hunt for leopards has been so  expanded that in 1987. leopard entered the Red Book of the Armenian  SSR. Currently, the king of the Armenian mountains - the Caucasian  leopard - is included in the Red Book of RA (2010) with   status, as well as in the Red List of the International Union for  Conservation of Nature (IUCN) with the status .