Nail Sunny will conquer Yerevan by  beauty: Movsisyan sisters will open the first salon in their homeland 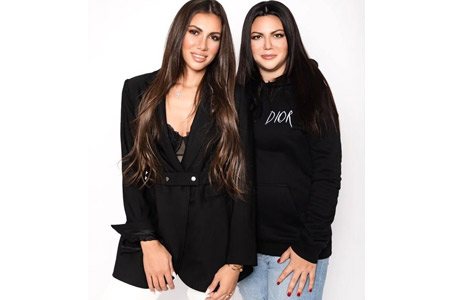 ArmInfo.The world-famous Movsisyan sisters - Eleanor and Arina, who are “pioneers” in the global nail art industry, are preparing to open their next salon, this time in their historic homeland - in the capital of Armenia, in Yerevan. The salon in Yerevan will be the first in Armenia, but the sixteenth salon in the entire network. The geography of salons currently covers 12 salons in Moscow, 1 in Los Angeles, 1 in St. Petersburg, 1 in Kazan. 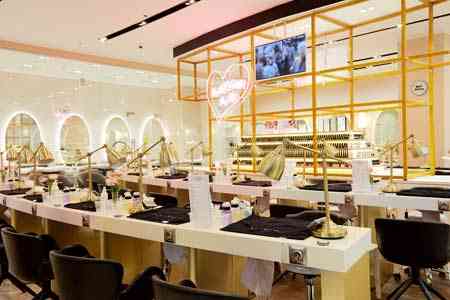 Today Arina and Eleanor successfully develop their business in Russia, the USA and set the trend in the nail industry all over the world. Over 2 million followers are following Nail Sunny on the infragram, including star names such as Katy Perry, Eva Longoria, bloggers Shannon and Channade Clermont, Kelsey, chief nail artist Kim Kardashian Tom Bachik, Huda Kattan and many others. And their clients are the Kattan sisters, Jean-Claude Wandam, Tamara Braxton, stylist Kim Kardashian and J.Lo Chris Appleton, makeup artist Kim Kardashian Hrush Achemyan, beauty influencer Nikita Dragun and many others.

If in the USA the sisters decided to open up due to the geographic network of subscribers to the instagram, where the share of American followers has already exceeded their number in Russia, then to bring unique nail art to their homeland, Eleanor and Arina were prompted by recent changes in Armenia, which the sisters tirelessly watched. Believing in the favorable economic future of Armenia, the Movsisyan family invested in the Armenian economy, and within a few months in the center of Yerevan will not open a franchise, but an exclusive beauty salon Nail Sunny, in which residents of the city will be able to get premium class services for reasonable money. It is worth noting that qualified masters of Moscow salons will work in the Yerevan salon. It is noteworthy that these employees are also Armenians, and their return home, to their homeland, to some extent corresponds to the government’s call for repatriation. 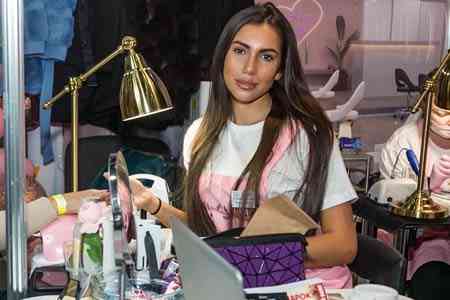 Eleanor Movsisyan, co-owner of the network, winner of numerous nail art contests, leading master of nail design at Nail Sunny, will personally come to Yerevan to train new employees in the features and techniques of work according to network standards. All nail designs used in the network of salons are designed and first performed by Eleanor, and only then scaled throughout the network.

Initially, opening the first salon of the network, which occupied 10 square meters, and was part of the women's locker room in the basement of the Sunny Gym sports club, the sisters did not even dream of opening the second. The “basement” salon was opened mainly for friends, and the girls expected to earn in the salon at least for regular pocket expenses. However, two weeks later they had a full record a month in advance, and five months later the girls opened a full-fledged salon on Big Yakimanka (Bolshaya Yakimanka), three minutes of walk  from the Kremlin. 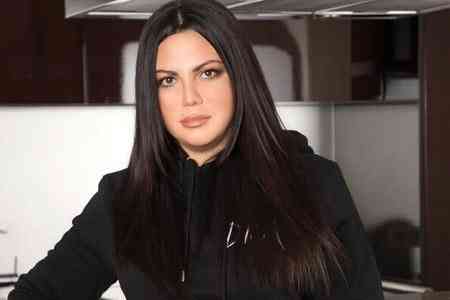 Nail Sunny managed to become the number one nail art chain in Russia, and the number of visitors in the daily context over the four years has increased from 80 to 800 people. Open after Nail Sunny nail art salons in Moscow, and throughout the world, are trying to copy the style of Movsisyan sisters: their approaches to doing business, pricing, working conditions, dealing with customers and even maintaining pages on Instagram. “We could easily get into the Guinness Book of Records by the number of “clone salons ”: salons in which everything from the rug at the entrance to the nail design options is exactly copied from us,” says Eleanor Movsisyan. One way or another, the sisters are proud to encourage others to create a successful business.

The idea to create her own nail art salon came to her sister almost simultaneously. Then Eleanor was a young mother and sat at home with a child. Arina also worked as an administrator in a beauty salon. Eleanor, who at best had three hours of free time per week, was looking for ways to spend as little time as possible on caring for herself, but at the same time look beautiful. So, once in the economy beauty salon in Orekhovo-Borisovo, where Eleanor went, they brought gel varnishes - varnishes that were applied to the nails in an hour using special technology, but lasted about a month. Eleanor immediately realized that the future lies with these varnishes. It was difficult to come up with something more practical and convenient for women in a big city. Then Eleanor came up with the idea of ​​opening a nail salon, and she shared this idea with her sister. It turned out that she was tired of working for “someone,” Arina also thought about opening her own beauty salon, especially since she mastered the intricacies of this business over the years of work in various salons. So, the sisters decided to try to implement this idea, and Arina began to look for premises for the salon. It took half a year to find the premises: rental rates for full-fledged salons averaged 150,000 rubles, which was an unbearable figure for sisters then.

Luckily, through friends, Arina managed to find a room in the basement of the Sunny Gym fitness club, which, of course, could hardly be called sufficient for a beauty salon, but the girls decided not to miss a chance. Arina took a picture of the room for their future salon, took a photograph with Eleanor asking: “We are opening next week. Are you with me?" Eleanor replied: "I'm in business." And since then, this small room has become a whole world for them. Each of the girls invested $ 1,500 in the business. Eleanor spent her money on a line of Blue Sky gel polishes and the American CND brand, and Arina spent money on ordinary varnishes, then popular throughout Moscow, Christina Fitzgerald, and sterilizers for craftsmen. Through the Avito website, the girls found one manicurist, and, having purchased furniture from IKEA, the girls really opened a beauty salon a week later. On the very first day, the salon had a full record - Arina invited all her friends to the salon. Three days later, a second master was invited to work in the salon, and so, gradually, from March 25, 2013 to March 25, 2020, the number of employees in the salon exceeded the mark of 700 people.

Today, the sisters are relieved to recall that they once disobeyed others who promised them failure, and continued to believe in themselves, putting all their time and energy into their favorite business. Interestingly, the responsibilities of the sister were divided among themselves equally: for the creative part, innovations in nail design, maintaining the page on the instagram as the leading specialist in nail service, Eleanor is responsible. Also in her area of ​​competence, various innovations in the rules of work of company employees. Eleanor was one of the first in the world to introduce a fashion for viral instagram videos, where in a couple of seconds some incredible design was reproduced on her nails, and all this was accompanied by popular music. The videographer of these videos was the brother of Arina and Eleanor, Edward, who is now the manager of Nail Sunny Salon in the United States.

Arina, on the other hand, monitors the implementation of the rules and is responsible for discipline, which is one of the most important conditions for the functioning of any business.

Having undeniable success in the beauty industry, the founders of Nail Sunny are not going to stop there. The next location after Armenia will be Dubai and London. Moreover, in London, the sisters are launching the production of cosmetics, as well as manicure and pedicure products that they intend to use in their network of salons. Arina and Eleanor are planning to open a similar production in Armenia. Perhaps this idea will soon come true, as ambitious plans for the girls are enough.

Not only Russian media, but also international ones write about the beauty empire of the Movsisyan sisters, including BBC, Cosmopolitan US, The Sun, Metro, Buzzfeed, The Hollywood Unlocked, Daily Mail UK, InStyle US, Seventeen, Fox News, Voice.Fi, Elle, Glamor, E-Channel. Among Instagram subscribers, over 20% are in the USA, 16% in Russia, 5% in Brazil, 3% in Ukraine, Mexico, Iran and the UK, etc.

“The key to success, in addition to the high level of services provided, is a creative approach, extraordinary, the ability to shock people and constantly offer new and interesting ideas for designs,” says Eleonra Movsisyan.