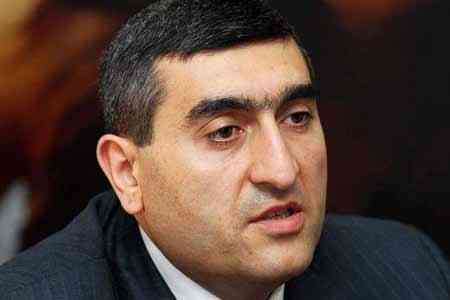 ArmInfo. Armenia and Georgia have the will to jointly overcome regional challenges. MP from the My Step faction Shirak Torosyan, stated this in an interview with ArmInfo  correspondent.

The MP noted that during the official visit of Prime Minister of  Armenia Nikol Pashinyan to Georgia, all the main issues of the  Armenian-Georgian agenda were touched.

According to him, the agenda of the visit was very full one. "The  parties touched upon the issues of Armenian-Georgian cooperation in  the field of security in the region. Issues related to the Armenian  community in Georgia were also discussed, in particular, issues  related to education," Torosyan emphasized.

He noted that issues of strategic cooperation between the two  republics were discussed. "As a rule, it is difficult to talk about  strategic cooperation, when the two countries have different foreign  policy vectors.  But, in this case, Armenia and Georgia can talk  about strategic cooperation, since both sides believe that relations  should not be affected by foreign policy. Moreover, we must together  confront the challenges that today exist in the region, "the  MPemphasized.

The MP also touched on the sector of inter-parliamentary cooperation.  "An Armenian-Georgian friendship group operates in the parliament. We  periodically hold meetings between representatives of friendship  groups and between other MPs of the two legislative bodies. In the  parliament, problems in the Armenian- Georgian relations are touched  upon, as well as issues related to the problems of the Armenian  community Georgia. The fact is that the issues of the Armenian  community of Georgia are extremely important for the two sides. We  periodically discuss these issues, and, in my opinion, it is very  important that the current Georgian authorities are ready to listen  our pleas and arguments on certain issues Moreover, they are willing  to cooperate actively, in contrast, from the former government of  Georgia ", Torosyan concluded.

It should be noted that from March 3 to 4, Prime Minister of Armenia  Nikol Pashinyan paid a two-day official visit to Georgia. During the  visit, Pashinyan met with his Georgian counterpart Giorgi Gakharia,  President Salome Zourabichvili, Parliament Speaker Archil Talakvadze  and Patriarch of All Georgia Ilia II.