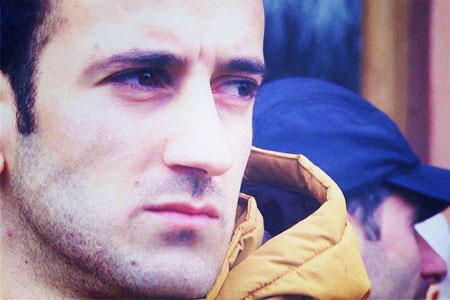 ArmInfo. Serzh Sargsyan's attempt to link the "diesel business" with Artsakh's security is at least bewildering. And, in my opinion, it testifies that this person  continues to remain out of touch with reality today. Member of the  Armenian parliament from the "My Step" faction Sisak Gabrielyan  expressed a similar opinion to ArmInfo.

"I've spoken from the highest tribunes of the world and I'll repeat  to you now - Artsakh will never be part of Azerbaijan. This is the  main goal of my life, which will accompany me to the end and  everywhere," former President Sargsyan told his supporters who  gathered at the courthouse, in which on 25 February the first meeting  on the "diesel case" was held.  Serzh Sargsyan, former Minister of  Agriculture Sergo Karapetyan, his deputy Samvel Galstyan and Flash  owner Barsegh Beglaryan are accused of embezzlement of state funds  for the purchase of diesel fuel. As a result of the Flash company's  "victory" in the tender, which however had made less profitable  offer, the state suffered damage of 489 million drams.

Sargsyan's attempt to link the" diesel case "with the Artsakh issue  looks more surreal than even the megaphone in his hands. It seems to  me that, referring to the safety of Artsakh, he should recall the  decades of impunity of his generals, the period when the killings in  the army were presented as suicides. "When there was no fuel in the  tanks. About how his" guard "returned the stolen millions of dollars  to the state budget," the MP emphasized.

In this light, Gabrielyan considers the trial of Serzh Sargsyan and  Robert Kocharyan as a manifestation of the restoration of justice,  violated for decades in Armenia. According to him, throughout this  period, citizens of the country with their own eyes and on their skin  felt all the "charms" and consequences of the policies of these two  presidents.  "People were deprived of their property, driven out of  their own homes, deprived of the opportunity to see their relatives.   And all this on the basis of falsified, false accusations. Often they  were even deprived of life. And today these two former presidents  make us feel ashamed that so shamefully and so long ruled our  country. I really hope that the court will prove the fact of their  guilt, "the parliamentarian summed up.