Motion for release of Armen Tavadyan under personal guarantee  rejected 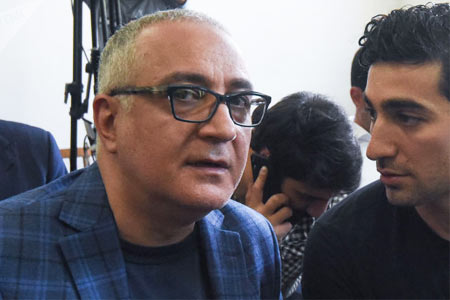 ArmInfo.The prosecutor's office rejected the motion  for the release of the owner of TV5, Armen Tavadyan, under personal guarantee.

To recall, Tavadyan was detained on December 24, 2019 in Yerevan. He  is suspected of attempting to bribe a witness to alter his testimony  in the March 1, 2008 case. Earlier, a video was submitted by the  Police, according to which, as reported, one of the supporters of  former president of Armenia Robert Kocharyan suggested that the  witness in the "March 1 case" change his testimony in exchange for  money and a good position.

On December 26, Tavadyan was arrested. On February 19, a court of  general jurisdiction granted the investigator's motion to extend his  arrest by two months