Diplomat: Munich became one of the decisive steps of Yerevan towards  Europe 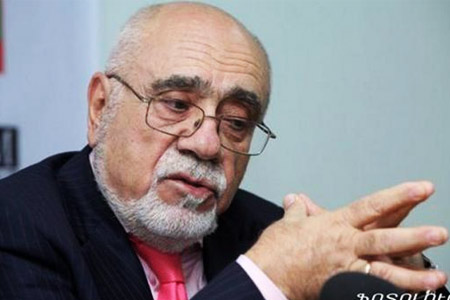 ArmInfo. The Munich discussion of the leaders of Armenia and Azerbaijan was one of the decisive steps of Yerevan towards Europe. A similar opinion was expressed by  ArmInfo Ambassador Extraordinary and Plenipotentiary, former Deputy  Foreign Minister of Armenia Arman Navasardyan.

"Among these steps, I would especially single out the meeting between  Prime Minister Nikol Pashinyan and German Chancellor Angela Merkel.  During this meeting, there were quite interesting negotiations. And  this speaks of quite serious shifts in the work of Armenian diplomacy  in the European direction," he said.  On February 16, Prime Minister  of Armenia Nikol Pashinyan and President of Azerbaijan Ilham Aliyev  for the first time participated in a public discussion on the  Nagorno-Karabakh conflict on the sidelines of the Munich Security  Conference.

Commenting directly on the discussion of Pashinyan-Aliyev, the  diplomat appreciated the very fact of such an unprecedented event,  especially in a similar format and situation. Holding such a  discussion at the Munich Security Conference, according to his  assessments, indicates the attention of the international community  to the Artsakh problem.

"At the same time, I continue to maintain that I still don't see  negotiations with serious real content.  Nevertheless, even  negotiations at a similar level and with a similar agenda are still  better than firing. We are still in this process radically opposed  Azerbaijan insists on territorial integrity, we are on the safety of  people living in Artsakh. In this light, Pashinyan's reminder that  not a single Armenian was left in Shaumyan and Nakhichevan was very  appropriate, "the diplomat said.

Everything else, according to his estimates, does not go beyond the  boundaries of rhetoric, and in the positions of the parties to the  conflict there is not a single point of contact that would allow  bringing the problems into the mainstream of resolution. Navasardyan  is convinced of the impossibility of returning any territories  through military operations.

Considering that people live in these territories, the problem of  Artsakh as a whole and the problem of territories in particular, in  the opinion of the diplomat, are derivatives of the security problem.  According to him, the dominance of the security problem was very well  demonstrated by Armenia and received by the international community  during the Munich Security Conference.