Rauf Mirkadyrov: Aliyev and Pashinyan did not say anything new in  Munich 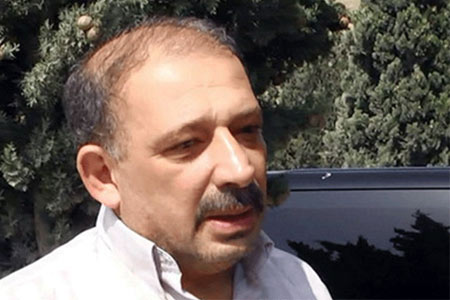 ArmInfo. For me, as a person who is more or less familiar with the history and  with the course of the conflict, nothing interesting happened in Munich. A similar  opinion was expressed to  ArmInfo,  by well-known  Azerbaijani  analyst Rauf Mirkadyrov.

On February 16, Prime Minister of Armenia  Nikol Pashinyan and President of Azerbaijan Ilham Aliyev for the  first time participated in a public discussion on the  Nagorno-Karabakh conflict on the sidelines of the Munich Security  Conference. "I did not hear anything new during this discussion. I  heard all these words from Heydar Aliyev, Ilham Aliyev himself, from  Robert Kocharian, from Serzh Sargsyan and from Nikol Pashinyan  himself repeatedly. In Munich, Pashinyan and Aliyev simply said in  the presence of each other what they previously said separately.  Thus, nothing new happened from the point of view of resolving the  conflict. The leaders voiced the usual cliches and it was not  interesting to listen to them, "he stressed.The analyst assumes that  they did not address the audience sitting in the hall, but their  inner (national) audience.  According to his estimates, both  Pashinyan and Aliyev have their own internal problems.

Pashinyan has a permanent problem - he can't figure  out, roughly  speaking, the problem he has with the Karabakh clan. Aliyev has  serious problems with the economic situation, and quite recently,  quite problematic parliamentary elections were held in the country.  Accordingly, he also urgently needed to look at a certain high-level    in Munich.At the same time, some Munich cliches, according to  Mirkadyrov's estimates, have become boring. For example, the same  references to history as an argument in the discussion. The problem  of conflict resolution, of course, must be considered exclusively in  the context of existing realities, without looking back at history.  Also, in his opinion, there is no need to talk about the absolute  prevalence of the right of peoples to self-determination over  territorial integrity and vice versa."In Europe, there are two, even  three German-speaking states: Germany, Austria and partially  Switzerland. At the same time, many nations without statehood live  and will live for centuries. In this light, there is no priority of  one principle over another, as Mr. Pashinyan is trying to argue and  Aliyev, no, and will not.  Accordingly, the need arises for a search  and finding an option that can balance the interests of our  countries, "the analyst is convinced.In this light, the analyst sees  at least some way out of the impasse in the phased version of the  settlement. Moreover, in his opinion, it is necessary to clearly  define this phasing, stage by stage. In his opinion, a phased option  is more acceptable than a batch one for the simple reason that it is  actually impossible to solve everything at once.

All can be solved at once only by refusing Karabakh by Armenia or  Azerbaijan. There is no dilemma here, either one or the other should  refuse."Armenia cannot refuse, Nikol Pashinyan, and any other power  will be thrown off the very next day. Ilham Aliyev may not be thrown  off and he will somehow remain in power, but in any case, the  decision to abandon Karabakh will cause him huge problems. Therefore,  today a package solution is excluded. Accordingly, the  strage-by-stage option is not good at all because of its exceptional  effectiveness. Today it simply has no alternative, "Mirkadyrov summed  up.