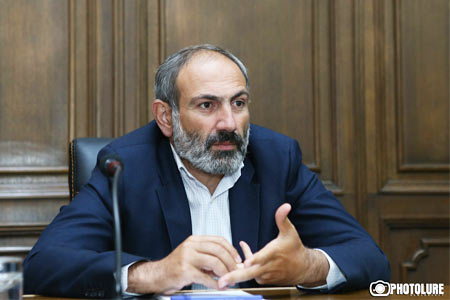 ArmInfo.The Prime Minister of Armenia resolutely ruled out the possibility that in the process of resolving the Artsakh issue something was discussed that the  authorities would not have reported in their public statements.  Pashinyan said this on February 12 from the rostrum of the  parliament.

He noted that all the issues discussed, all that should be discussed,  were repeatedly reported in the Armenian parliament.

"I exclude the possibility that during the settlement of this issue  there was talk about something that we would not have reported in our  statements. Our government has repeatedly reported on the policies we  adhere to on this issue, as well as on how we conduct dialogue and  much more, "the prime minister concluded.