Transparency International: After the "velvet revolution",  achievements in the fight against corruption are recorded in Armenia 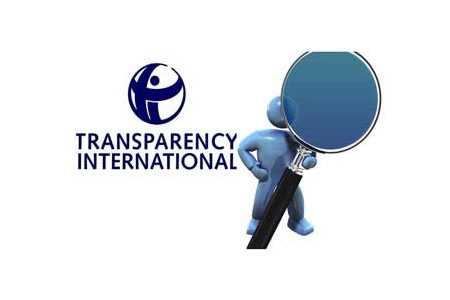 ArmInfo. After the 2018 revolution and the formation of a new parliament, Armenia  demonstrated promising achievements in advancing reforms in  anti-corruption policy.  This is stated in the 2019 Corruption  Perceptions Index, presented by Transparency International.

According to Varuzhan Hoktanyan,  Project Director of the  , Anti-Corruption Center (TIAC) at a  press conference on January 23, according to the report, with a score  of 42 Armenia improved its position by seven points over the year,  (out of a maximum of 100) versus the 35th in 2018.  Thus, the  republic rose from last year's 105th place to 77th. Hoktanyan  emphasized that Armenia, in terms of the anti-corruption struggle in  the region of Eastern Europe and Central Asia, for the first time in  17 years managed to get ahead of Turkey, which gained 39 points. The  highest scores in the region were scored by Georgia (56), Belarus  (45) and Montenegro (45), and the lowest scores were Uzbekistan (25),  Tajikistan (25) and Turkmenistan (19).

The report notes that, despite these improvements, conflicts of  interests and nontransparent and unaccountable public operations  remain impediments to ending corruption in the country. "While  improving political integrity will take time and resources,  increasing public trust in law enforcement and the judiciary are  critical first steps in ensuring appropriate checks and balances and  improving anti-corruption efforts," the document emphasizes.

Hoktanyan informed that in the region of Eastern Europe and Central  Asia, the average anti-corruption indicator is 35. However, according  to Transparency International, countries in this region face abuse of  public resources for election purposes, non-transparent financing of  political parties and conflicts of interest. Meanwhile, Transparency  International mentioned Armenia as a country that deserves attention  due to the demonstrated progress. The global average in the  Corruption Perception Index was 43 points, and in most countries of  the world corruption manifestations continue to grow. At the same  time, indicators deteriorated in 21 countries, including Canada and  Australia. New Zealand and Denmark ranked first in the Index with 87  points each; followed by Finland (86), Switzerland, Singapore and  Sweden (85 each).  Among the post-Soviet countries, Russia scored 28  points, Estonia- 74, Lithuania - 60, Latvia and Georgia - 56 each,  Belarus - 45, Kazakhstan - 34, Moldova - 32, Azerbaijan, Kyrgyzstan  and Ukraine - 30 each.  Closing the rating is Somalia (9 points),  South Sudan (12) and Syria (thirteen). The corruption perception  index is compiled on the basis of surveys of experts and  entrepreneurs, which are held annually around the world by various  international organizations. Among them are the World Bank, the  American Freedom House and Global Insight, the German Bertelsmann  Foundation, the British Economist Intelligence Unit, the Swiss  International Institute for Business Development and others. These  studies analyze certain aspects - investment risks, freedom of  speech, standard of living, but one way or another address corruption  issues. This year, when compiling the index, Transparency also  analyzed the relationship between perceptions of corruption and  political integrity in each country. The idea was how much interested  parties influence the political system and how fully it takes into  account the opinion of all possible social factors.  The organization  concluded that good indicators of the corruption perception index are  characteristic of countries where stricter campaign finance rules are  in place and political consultations with the participation of  representatives of the public and business are widely used. Poor  indicators are inherent in countries where "the most important  representatives of politics, the public and business are not involved  in the process of political decision-making".