IC: No silencer was found on Georgy Kutoyan`s gun 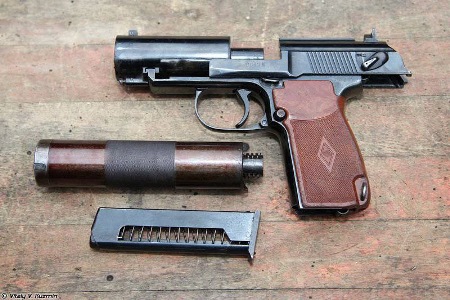 ArmInfo. According to the Investigative Committee, on the day of the tragic incident no  silencer was found on the "Glock 34" gun of former Director of the  National Security Service of Armenia Georgy Kutoyan,.

To recall, on January 17, in the apartment on Paruyr Sevak Street in  Yerevan, the body of the former director of the National Security  Service of Armenia Georgy Kutoyan was found with a gunshot wound.

The body was discovered by his wife. Law enforcers found the "Glock 34"  weapon legally owned by Kutoyan at the scene of the incident, as well  as several dozen bullets and shells. It turned out that in December  last year, Kutoyan in his apartment made 35 shots at the wall.  Subsequently, at his request, the cartridges and bullets were picked  up by his wife and assembled in one place.

To note there were no signs of violence on the body offormer Director of the NSS.

A criminal case was instituted under Article 110 of the Criminal Code  of Armenia (bringing to suicide).