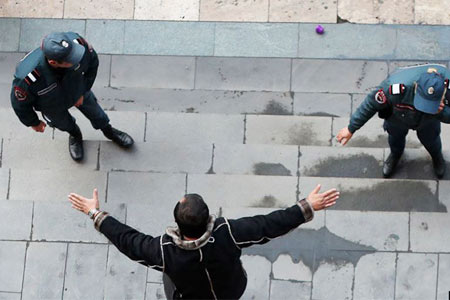 ArmInfo. In the Armenian city of Metsamor, a man tried to commit an act of self-immolation. This was reported by the press service of the Ministry of Emergencies of  Armenia.

According to the source, the Ministry of Emergency Situations  received a signal that in Metsamor the man climbed onto the roof of a  sewer station and was trying to commit an act of self-immolation.  Emergencies Ministry rescuers left for the scene.

Rescuers and police officers managed to prevent the self-immolation  of Ara S., born in 1976.