In 2020, the first Armenian "Pepo" sound film will be digitized 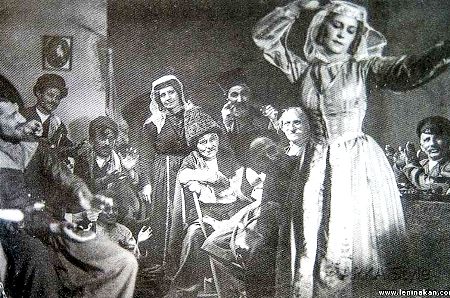 ArmInfo. In 2020, the first Armenian "Pepo" sound film (1935) directed by Hamo Bek-Nazaryan will be digitized. This was reported by the press service of the National Cinema Center of Armenia.

It is noteworthy that in 1936 the showing of the "Pepo" movie marked  the opening of the popular "Moscow" cinema. The next year is for  "Pepo's" anniversary: in 2020, the legendary motion movie will turn  85 years old. Earlier, director of the National Cinema Center  Shushanik Mirzakhanyan held a meeting with the leadership of the  Toulouse cinema library as part of a working visit to Lyon, which  resulted in the idea of restoring "Pepo".

Negotiations with the Toulouse side continue. It is expected that the  movie library of Toulouse will be involved in the digitization of the  movie by Hamo Bek-Nazaryan, however, other possible options are  currently being considered. Another interesting news: work is  underway to create the "Unknown Parajanov" movie based on cinema  material that was not included in the final version of the "The  Colour of Pomegranates". Famous composer Tigran Mansuryan will  write music for the movie.