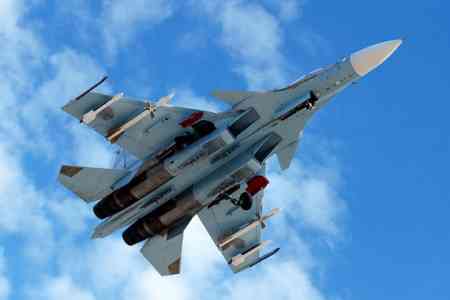 According to the record left by the head of government on his  Facebook page, ultra-modern aircraft are one of the main achievements  of the outgoing year. "These are the latest production of 2019,"  Nikol Pashinyan noted.

The Prime Minister was also shown the latest batch of   anti-aircraft missile systems. "We purchased a large batch of Osa AK  air defense systems, which, along with other weapons purchased, will  reliably protect our airspace," the head of government wrote.

Meanwhile, according to the press service of the Government of the  Republic of Armenia, during the visit to the military unit, the Prime  Minister discussed with the leadership of the RA Ministry of Defense  ongoing programs and opportunities for developing the Armenian  military industry. The head of government handed over memorable gifts  to officers who distinguished themselves during military service.

To recall, Armenia purchased four Su-30SM units from Russia. In the  coming years, it is planned to purchase eight more units of such  aircraft. They will be based at the Shirak air base in Gyumri. To  implement the transaction, the Russian side made serious concessions:  they not only allocated a loan, but also sold the planes at domestic  prices, and not at export prices. This contract can be considered  significant both for the Armenian authorities as a whole and for the  Prime Minister of Armenia Nikol Pashinyan: for the first time in  decades, the country's air forces are acquiring new and not used  aircraft. In 2012, Moscow and Yerevan signed a contract, under the  terms of which Armenia was to receive at least 12 fighters within a  few years. But the agreement never entered into force due to the  financial difficulties of the customer.  Since then, the parties have  periodically returned to discussing the prospects of the deal, but  for a long time they failed to reach consensus. Earlier, the Russian  Federation provided a loan of $ 100 million to Armenia, which was a  continuation of the previous loan of $ 200 million.