Yerevan Municipality will allocate 2 million AMD for the construction  of a memorial to the victims of March 1, 2008 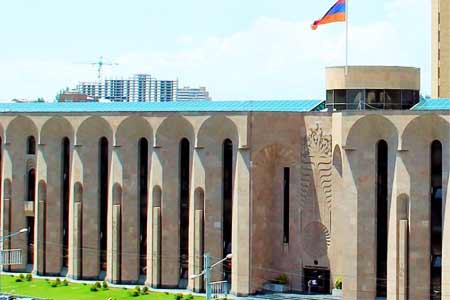 ArmInfo.Yerevan Municipality will allocate 2 million drams for the construction of a memorial to the victims of March 1, 2008. The corresponding decision was made on  December 16 at an extraordinary meeting of the Council of Elders of  Yerevan.

Thus, the Council of Elders of the Armenian capital introduced  changes to the budget of Yerevan for the current year. As a result,  targeted allocations will be increased by 3 million 950 thousand  drams, 2 million drams of which are planned to be spent on the  construction of a memorial commemorating the victims of March 1,  2008.

To recall, on March 1, 2008, in the center of Yerevan, as a result of  the confrontation between the government and the opposition, 8  demonstrators and 2 employees of the internal troops were killed.