Analyst: Azerbaijan has been deprived of the opportunity to shoot at  the border for more than two years 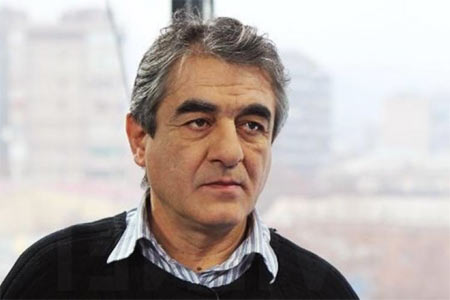 ArmInfo. Azerbaijan has been deprived of the opportunity to shoot at the border with Armenia and the Line of Contact with Artsakh for more than two years now.

Director of the Armenian Center for National and Strategic Studies  Manvel Sargsyan expressed a similar opinion to ArmInfo.  "Meanwhile,  earlier Baku received quite good political dividends from such war  games. However, Armenia's demand officially announced at the OSCE  ministerial, for the introduction of appropriate mechanisms made each  shot more relevant from the Azerbaijani side. As a result, Baku was  forced to take a defensive position," he emphasized.

In this light, according to the analyst, a situation has developed in  the negotiation process in which Baku has not even been asked for  consent for the use of the above mechanisms. This state of affairs  put Azerbaijan in a very difficult position, since in this case it is  not so much about technical control over the situation at the border,  but about changes in the very content of the negotiation process.   Thus, according to Sargsyan, it was precisely the impossibility of  further use of "military diplomacy" that put Baku in a situation, in  which it could neither shoot nor negotiate. As a result, the  Azerbaijani Foreign Ministry has no choice but to present to Armenia  and the co-chairs on the eve of the meeting of the Foreign Ministers  in Bratislava an absolutely meaningless document.

On December 3, just a few hours before the start of the Bratislava  meeting of the foreign ministers of Armenia and Azerbaijan, the  Azerbaijani embassies in Austria, Slovakia and Slovenia posted on  their Twitter an official statement by the Ministry of Foreign  Affairs of the Republic of Azerbaijan, which stated that "the  settlement of the conflict is possible only with full respect for  sovereignty and territorial integrity of the Republic of Azerbaijan  within its internationally recognized borders. " "Today, mediators  are trying to make it clear to Baku that its proposals have  absolutely nothing to do with negotiations. In response, Azerbaijan  simply refuses to accept the negotiated agenda proposed by the  parties.  Moreover, demonstrating complete inability to give any  explanation for its refusal. In this light, it seems rather important  what kind of answer will come from Baku and whether there will be  any, "Sargsyan summed up.

On December 4, in Bratislava, within the framework of the OSCE  Ministerial Council, the fifth meeting of the Foreign Ministers of  Azerbaijan and Armenia Elmar Mammadyarov and Zohrab Mnatsakanyan on  the settlement of the Karabakh conflict took place. Following the  meeting, which lasted 3.5 hours, the ministers agreed to hold another  meeting at the beginning of next year.