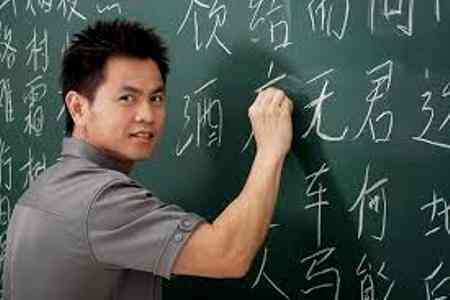 ArmInfo. The cabinet of the Chinese language and culture was opened at the State Pedagogical University. Khachatur Abovyan in Yerevan.

University rector Ruben Mirzakhanyan at the opening ceremony said  that an effective cooperation has been formed between the Armenian  Pedagogical University and a number of Chinese institutions, in  particular on the organization of cultural and educational programs.

In turn, the Chinese Ambassador to Armenia Tian Erlun, who was  present at the event, noted that today's event is taking place  against the backdrop when relations between China and Armenia are  developing dynamically and the opening of the center of Chinese  culture at the Pedagogical University is one of the stages of the  expansion of the Armenian-Chinese cooperation and contribute to  deepening cultural, scientific and educational ties.

It should be noted that in 2018, a school with in-depth study of the  Chinese language was opened in Yerevan. The Chinese government  allocated 83.4 million yuan (about $ 11 million) for these purposes.  The school is located on an area of 15 thousand square meters. and  meets all modern standards.