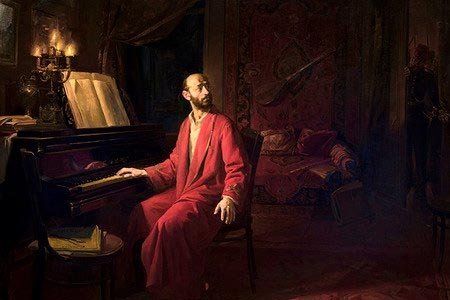 ArmInfo.A conference on the prevention of genocides and education, organized by the Armenian delegation at the UN office in New York, began with Komitas music,  the Voice of America Armenian Service reports.

The representative of Armenia at the UN Mher Margaryan, in  particular, emphasized that the Armenian people survived the horrors  of the Armenian Genocide at the beginning of the 20th century, and  therefore, Armenia has a special responsibility to combine efforts to  prevent the crime of genocide.  Margaryan noted that the genocide is  preceded by events during which the rights of the most vulnerable  groups of the country's population are infringed.  Speaking at the  conference, Simon Adams has served as Executive Director of the  Global Centre for the Responsibility to Protect, who chaired the  conference, recalled that in 4 months 105 years will have passed  since <Armenians were deliberately killed in the Ottoman Empire on  April 24, 1915>. <As a result of these actions, more than one and a  half million lives were destroyed. In May 1915, the United Kingdom,  France and Russia accused the Ottoman Empire of committing crimes  against humanity - for the first time this term was used to describe  the scale of atrocities>, - Adams recalled.

According to scientists and psychologists, the denial of genocide is  not only disrespectful to the victims of genocide, but also paves the  way for the next genocide.  <When my students read the works of Ron  Sunni, they are really horrified, they are shocked at the level of  violence that the Armenian community of the Ottoman Empire has  experienced, and they require explanation, "says Eric White,  professor of history at New York college.  A representative of the  Turkish mission at the UN also attended the conference, he asked for  a vote, stating that the last years of World War I were a difficult  period for the Ottoman Empire, during which all citizens of the  empire suffered. <It's the duty of mankind to claim that the  Armenians suffered as well as other citizens of the Ottoman Empire,  expressing different opinions about the events of 1915 in Turkey is  part of a culture of democracy, however, using the events of 1915 as  an excuse to express hostility towards Turkey and transform the  question into the issue of political conflict is unacceptable>, -  said a representative of the Turkish UN mission.  The representative  of Turkey concluded his speech by saying that international law does  not recognize the events of 1915 as genocide.  In response, Henry  Theriault, President of the International Association of Genocide  Scholars said that given all the studies, even a discussion of the  denial of the Armenian Genocide is pointless.

<Over the past 50 years, I have never heard such a direct denial of  the Armenian Genocide. Thank you for showing this figuratively.  However, I would recommend updating your literature, since it has  been outdated by about 30 years. The arguments that you cited have  been repeatedly refuted, so I urge you to do some work so that what  you say can be meaningful. Let me also say that many educated and  intellectual people in Turkey fully recognized the Armenian Genocide,  but contrary to your statement, many of them are currently in prison  or were in prison because of its recognition>, Henry Theriault said.