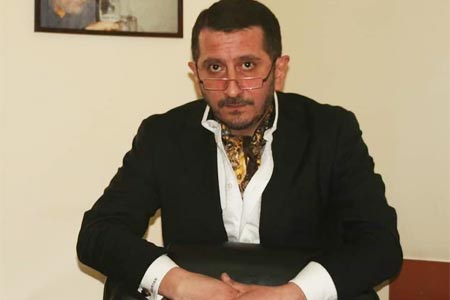 ArmInfo. The Russian arms company ORSIS ("Promtehnologiya") was excluded from the black list of Armenian suppliers by a court decision. This was reported by RIA  Novosti with reference to the lawyer of the Armenian Bar Association,  representing the interests of the enterprise in Armenia, Alexander  Sirunyan.

"The court of general jurisdiction of the city of Yerevan granted our  request and suspended the decision of the Armenian Ministry of  Finance to include ORSIS in the blacklist of entities not eligible to  participate in public procurement," Sirunyan said. He noted that  ORSIS is again entitled to participate in tenders and carry out  deliveries to the Armenian law enforcement agencies.

The source recalls that ORSIS was included in the black list of  suppliers of weapons to the armed forces of Armenia and other power  structures of the country immediately after the failure of the  Armenian Ministry of Defense of a tender for the supply of military  equipment for several million dollars, in which this company  participated. Later, the Ministry of Industry and Trade of Russia  sent a letter to the head of the Armenian military department David  Tonoyan, in which this decision was rated as "unmotivated."

A criminal case was instituted on the fact of a tender failure under  Article 376 of the Criminal Code of Armenia ("neglect of the  service"), which is currently being investigated by the Special  Investigation Service of Armenia.  It is noteworthy that the Ministry  of Defense of Armenia confirmed the failure of the contract, however,  they accused the company of forgery of the products presented in the  tender.