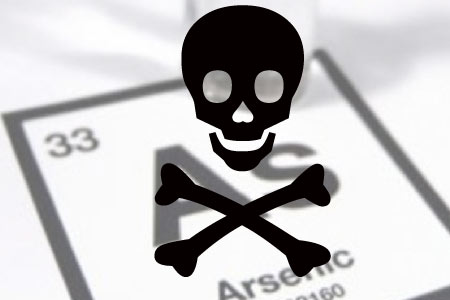 ArmInfo. Czech "Arnika" Chemical Safety Organization revealed high concentrations of arsenic  in the environment and chicken eggs in the Lori region of Armenia.

As  executive director of "Arnika" Jindrich Petrlik  noted in Yerevan  on December 6, in the framework of the program on toxic substances  and wastes implemented with the assistance of the Czech Foreign  Ministry, samples of soil, vegetables, fruits and chicken eggs were  taken in the communities of Alaverdi and Akhtala. In addition, the  content of heavy metals in the hair of local residents was  investigated.

According to the results of studies conducted in Prague laboratories,  a high level of heavy metals was found in all soil samples taken from  agriculture. It was emphasized that this factor poses a serious risk  to the health of the local population.

According to the expert, in particular, an excess of maximum  permissible concentrations of arsenic was found in the soil. In  addition, a high nickel level was detected in the hair samples  tested.

For his part, Czech Deputy Ambassador to Armenia Jan Plesinger noted  that the level of environmental pollution in Alaverdi is a serious  problem. Meanwhile, in the region of the Lori region being studied  under the program, there is great potential for tourism development,  and close attention should be paid to this aspect. The importance of  creating healthy environmental conditions for the local population  and the creation of new jobs was emphasized, which will improve the  quality of life and attract tourists. In this regard, he positively  evaluated the investments made in Alaverdi, expressing the hope that  this will help  to change the situation for the better. The project  on toxic substances and waste in the Lori region of Armenia was  implemented with the support of the Transition program of the  Ministry of Foreign Affairs of the Czech Republic. The project was  supported by the NGO EcoLur and CCMS (Center for Community  Mobilization and Support).