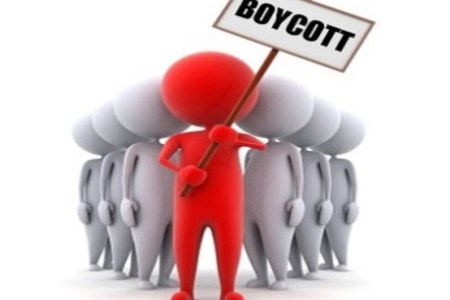 ArmInfo. Prosperous Armenia faction of RA National Assembly announces political boycott of parliament's work. Deputy made the corresponding statement on  December 4, at a planar meeting of the National Assembly of the  Republic of Armenia from this faction Arman Abovyan.

According to him, already two days after the well-known statement of  the leader of the Prosperous Armenia Party and the eponymous faction  of the National Assembly of the Republic of Armenia, the famous  businessman Gagik Tsarukyan about the impossibility of making  investments in the country, the festival of senility and masochism  began on the political field of the country. < In the current  situation, the faction cannot work, and declares a political boycott  for the work of the National Assembly, all responsibility for which  rests with the country's ruling authorities, "the MP said. He  recalled the words of the representative of the ruling faction" My  Step "about how dare the party. "We are just as brave as we got the  votes, and there are over 100,000 of them, and you know that," Arman  Abovyan said.

It should be noted that the faction's statement was made at the very  moment when the government's response to the request of the Bright  Armenia faction about the environmental situation in the country was  discussed in the parliament. Deputy Prime Minister Tigran Avinyan,  who represented the executive body, noted that he did not agree with  Tsarukyan's statement about the impossibility of making investments.  The Deputy Prime Minister stated that the investor, mentioned by the  party leader, wished to receive significant land areas as a gift in  the center of the Armenian capital. The position of the metropolitan  municipality on this issue, as the Deputy Prime Minister continued,  is more than understandable and clearly presented. "It is important  to understand where the interests of the investor end and where the  interests of the community begin," concluded the Deputy Prime  Minister.

It should be noted that on the eve Gagik Tsarukyan stated that it is  impossible to make investments in Armenia. As an example, he cited  his partner, the Crown Prince of Abu Dhabi, who wished to build two  hotels in the center of Yerevan, as well as a hospital for socially  disadvantaged groups. The meeting of the prince with the mayor lasted  only 30 minutes, and did not bring any results.