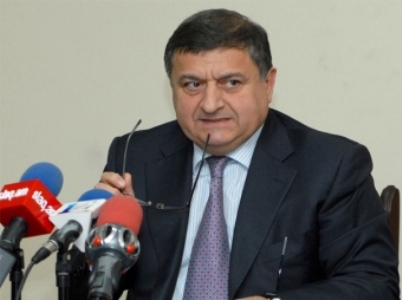 ArmInfo. Gagik Jhangiryan disputes the decrees of 2008 of former President of Armenia Robert Kocharyan in court on dismissing him from the post of Deputy  Prosecutor General, as well as on depriving him of the rank of state  adviser of justice of the first class. The corresponding claim has  been submitted to the Administrative Court.

Gagik Jhangiryan in 2008 joined the protest movement led by  first  president of the republic Levon Ter- Petrosyan. After that, by the  decree of Robert Kocharyan, he was relieved of his post as Deputy  Prosecutor General, and subsequently convicted of having used  violence against a government official. Jhangiryan was sentenced to  three years in prison, but he was released under an amnesty, after  serving 1 year and 4 months.

On September 18 of this year, the Court of Cassation of Armenia  overturned the verdict rendered to Gagik Jhangiryan in 2009. The  criminal proceedings were discontinued due to the lack of corpus  delicti.