Deputy Chairman of Armenia`s NA Committee: Dissolution of  Azerbaijan`s Parliament may be caused by the struggle and  redistribution of property between clans 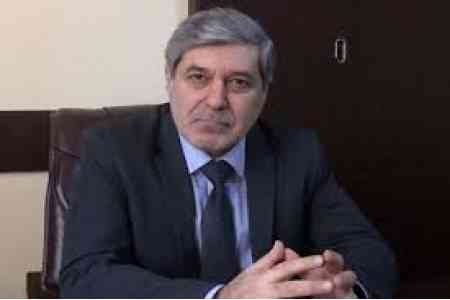 ArmInfo.Dismissing the Azerbaijani parliament, President Ilham Aliyev may also voice the reasons that prompted him to make such a decision, lawmaker from the  parliamentary faction of the "My Step" bloc, deputy Chairman of the  National Assembly's Foreign Relations Committee Hovhannes Igityan  expressed a similar opinion to ArmInfo.

"It's too early to discuss the motivation and clear reasons for the  dissolution of the parliament yet. The situation will become clear  after Aliyev's decision, he'll probably explain the reasons. In any  case, the lawmakers of the Milli Majlis are still silent. But judging  by the rather poor information in the Azerbaijani media the ruling  party was "advised" to consider the issue of dissolving the  parliament. It is rather difficult to determine who has given that  advise and for what reasons. I think that someone from Aliyev's inner  circle, or maybe he himself did that, "the parliamentarian said.

On November 28, at an emergency meeting of the political council of  the ruling (Yeni) New Azerbaijan Party, a decision was made to  dissolve the Milli Majlis of Azerbaijan. It is expected that the MPs  will ask President Ilham Aliyev to dissolve the parliament, after  which the decision will be officially announced.  Most of the  mandates in the Azerbaijani parliament belong to lawmakers from the  ruling party. Yeni Azerbaijan explains the decision to hold early  elections by "the need to support the reform course." The next  elections to the Milli Majlis of Azerbaijan were to be held in  November 2020.

Noting that, according to Azerbaijani law, the dissolution of the  parliament should have clear reasons, Igityan suggested that, most  likely, New Azerbaijan will abandon the conventions and simply ask  the president to dissolve the parliament.

Igityan does not clearly understand the wording of his Azerbaijani  colleagues, according to which "the parliament does not keep pace  with the reforms and policies of the president." According to him,  the demands voiced at opposition rallies in Baku, that have been  particularly active recently, have come down to the release of  political prisoners, the holding of transparent, free elections, and  general dissatisfaction with the authorities. In this light, the  parliamentarian does not think that Aliyev intends to somehow satisfy  these requirements with his reforms. There is simply no such  atmosphere in power.

"It is possible that the dissolution of the parliament to one degree  or another is due to the long-running struggle and the redistribution  of property between the clans ruling in Azerbaijan. Clans have  traditionally fought and are fighting not only in Azerbaijan, but  throughout the post-Soviet space. And it seems to me that if this  initiative really comes from Aliyev, the president, apparently, does  not believe that the current parliament fully reflects his interests,  "Igityan summed up.