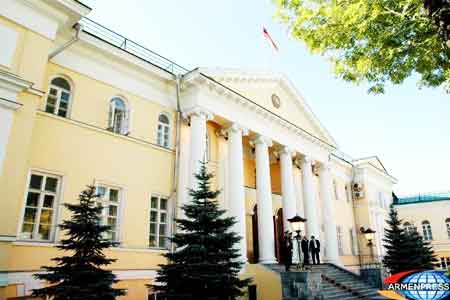 ArmInfo.The Armenian Embassy in Russia issued a statement regarding the death of two Armenians on November 28 as a result of the explosion of the Pyatigorsk brewery.

<We inform you that the Embassy contacted the relevant Russian  authorities in connection with the information circulated in the  media about the incident at a private brewery in Pyatigorsk.

According to the information provided by the Embassy on its Facebook  page, as a result of the incident, persons of Armenian origin - A.   Karapetyan (Born in 1970) and Tarposyan T.P. (Born in 1959) died.   Other details are being clarified. According to the Ministry of  Emergencies of the Russian Federation, in Pyatigorsk, on November 28,  early in the morning, in case of a violation of the technological  process, an explosion occurred in the territory of the private  brewing company LLC BP <SURPRIZ> followed by a fire on an area of 20  sq. m., the fire was completely extinguished.

According to media reports, one of the victims was the former head of  the RA Police Department for Yerevan, Major General Ashot Karapetyan.