RA Prime Minister: Initiatives should be taken to develop economic  relations between Armenia and Kyrgyzstan 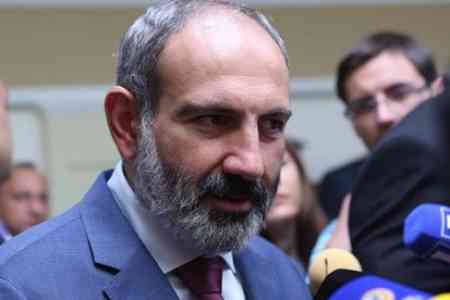 According to the press service of the Government of Armenia,  welcoming the Prime Minister in Bishkek, Sooronbai Jeenbekov noted  that today's meeting is a good opportunity to discuss the development  prospects of both bilateral and multilateral relations. "Mr. Prime  Minister, during our chairmanship in the CSTO, we have made every  effort to further develop the organization. We are interested in  joint efforts to solve all possible problems, as well as to develop  relations with friendly Armenia," said the President of Kyrgyzstan.   Nikol Pashinyan thanked for the warm welcome and added that bilateral  political relations have a long history, and governments should also  take steps to develop economic cooperation. "We have the opportunity  to give new impetus to trade and economic relations, there is the  necessary potential for this. In the 21st century, geographical  distance is not a problem, initiatives should be taken to develop  economic ties between the two countries," said Nikol Pashinyan.

Touching upon the domestic political situation in Kyrgyzstan, the  Prime Minister noted that he was pleased with its stabilization and  settlement.

"We work closely in the framework of the CSTO, EAEU, and the CIS,  which creates a good opportunity for bilateral as well as  multilateral cooperation," said Nikol Pashinyan.

During the conversation, the Prime Minister of Armenia and the  President of Kyrgyzstan discussed various issues related to the  Armenian-Kyrgyz relations, emphasized the importance of implementing  the necessary steps for economic interaction, expanding business  ties.

The parties also exchanged views on cooperation within the framework  of integration unions.