Minister of Economy: Armenia`s Government is preparing concept  documents on the development of industry, investment environment, IT,  science and education 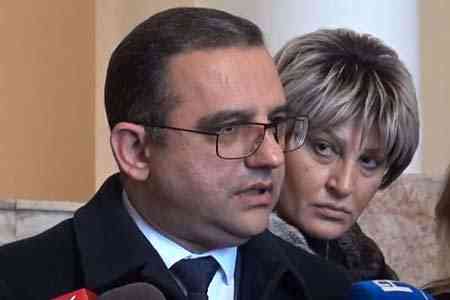 ArmInfo. The Armenian government is preparing conceptual documents on the development of industry, investment environment, IT, science and education. This was  stated on November 13 by Minister of Economy of Armenia Tigran  Khachatryan during a government hour in parliament, answering a  question by the head of the National Assembly's Economic Affairs  Commission Babken Tunyan about whether the Cabinet of Ministers  intends to give practical application to the document entitled  "Industry Development Strategy of Armenia" prepared by experts of the  Asian Development Bank, on which about $ 300 thousand was allocated

According to Khachatryan, he was not informed about the amount  allocated for the document. But, according to the Minister, he does  not think that the matter concerns a similar amount. The title of the  document, as the head of the Ministry of Economy noted, also does not  coincide with the real one. This is not an industry development  strategy, but an advice to the RA government on what a development  strategy might be, he explained.

At the same time, according to the Minister, the government intends  to take advantage of the activities of not only ADB experts, but also  UNCTAD (UN Conference on Trade and Development), which conducted a  study of the investment environment. According to the Minister, by  comparing the above documents and on their basis, a strategy will be  prepared for the development of industry, investment environment, IT,  science and education.

Back in April of this year ArmInfo reported that the expert group of  the United Nations Conference on Trade and Development (UNCTAD)  carried out a mission from March 27 to April 6 to revise the  investment policy in a strategic direction called "How to attract  investment aimed at export and improvement of efficiency?". The  report for Armenia will be prepared free of charge. As noted in the  Ministry of Economy, large countries when drawing up their own  reports on the investment environment of third countries are based on  the organization's report. UNCTAD also has tools for simplified  assistance in implementing the proposed reforms. "According to  statistics those countries that have implemented the proposals voiced  in the UNCTAD report at an appropriate level, recorded an almost  3-fold increase in attracting foreign investment over the next 5  years after the publication of the report. During 2016-2017, when 23%  recession of cross-border investments was recorded, these countries  provided a 29% increase in foreign investment, "the ministry noted.