Lilit Meliksetyan: I am against teaching at university those subjects  that were not fully studied at schools 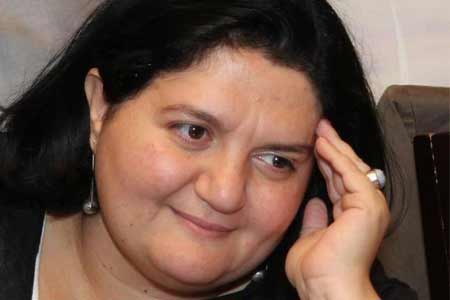 ArmInfo. The current system of school education does not provide the proper level of teaching, but this is not a reason and not a ground teaching at university those  subjects that were not fully studied at schools.

A similar opinion was expressed in an interview with ArmInfo by the  head of the Department of Russian and World Literature and Culture of  the Russian-Armenian University, candidate of philological sciences,  associate professor Lilit Meliksetyan.

I am for the selective study of these disciplines in universities,  but the obligatory final school exam in them>, said Lilit  Meliksetyan, expressing her position regarding the forthcoming draft  bill "On Higher Education and Science".  Meanwhile, the consideration  of the law caused a wave of discontent among YSU linguistic students  and the youth wing of the Dashnaktsutyun party. The protesters called  the legislative initiative of Minister of Education, Science, Culture  and Sports Arayik Harutyunyan anti-Armenian and anti-people.

Commenting on the protests, Arayik Harutyunyan stated that the  behavior of the protesters and their demand for his resignation are  politically motivated.  According to the ministerial initiative, the  Armenian language, literature and history of Armenia will not be  included in the list of compulsory disciplines in the curriculum of  universities.

The ministry explained that according to the working draft law "On  Higher Education and Science", each university has the right to  decide independently whether it is necessary to include Armenian  discipline in the curriculum of non-core faculties. Thus, the bill  not only does not diminish the role of the Armenian language, but, on  the contrary, consolidates the dissemination of these important  values and the training of relevant specialists.