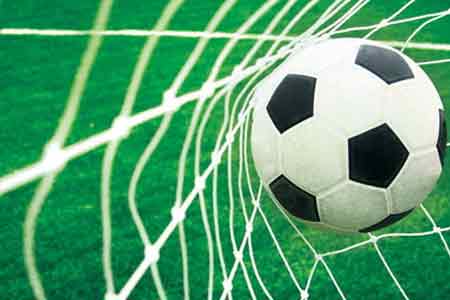 ArmInfo. Abraham Khashmanyan appointed as the head coach of the Armenian national football team. The contract expires on November 30, 2020, the press service of the Football Federation of Armenia reports.

AFA head Artur Vanetsyan wished success to Abraham Khashmanyan as  head coach of the Armenian national team. "I gave preference to one  of the most experienced coaches in Armenia. I wish him success.   During 2019, the Armenian team won several impressive victories. I  hope that our team will again please the fans," Vanetsyan noted.

Abraham Khashmanyan was born on November 11, 1967, a lady in Yerevan.  Khashmanyan graduated from the State Institute of Physical Culture  and Sports of Armenia, has a category "A" coaching license.  On  October 18, ArmInfo reported that the head coach of the Armenian  national team, Armen Gyulbudagyants, had resigned. It was reported  that the reason for the resignation is that the Armenian team did not  qualify for the Euro 2020 finals. Earlier, on October 15, the  Armenian national football team lost to the Finns in the key match of  the qualifying round of the 2020 European Championship with a score  of 3:  0. The Finnish national team scored 15 points after eight  games, the Armenian team scored 10 points.  Armenian football players  retained only theoretical chances of leaving the qualifying group.   On the eve of the media, they wrote that "Tambov" trainer Alexander  Grigoryan could become a national team mentor.