Activist: Armenian government acts as an adversary, not as a partner  in the process of promoting science 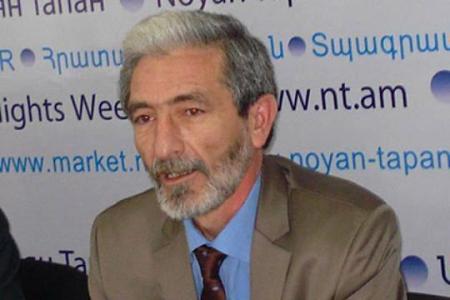 ArmInfo.The Armenian government  acts as an adversary, not as a partner in the process of promoting  science. This was announced on November 6 at the parliamentary  hearings by the coordinator of the movement "Demanding increased  funding for science", doctor of physical and mathematical sciences  Arthur Ishkhanyan.

According to him, in Armenia science is in a coma - almost to the  point of death. So, during the years of Independence of Armenia,  financing of this sector was traditionally low, which led to an  outflow of personnel. Ishkhanyan noted that requirements to increase  funding are annually voiced, and the National Academy of Sciences and  the State Committee for Science have repeatedly voiced relevant  proposals.

<Meanwhile, the situation remains unchanged. It seems that behind  these "barricades" lies "something", namely, in my opinion, the  Government itself, which does not give a course to these processes.  In this case, we are talking about all the governments of Armenia>,  Ishkhanyan stated.

<The government that needs to explain the value of science is worth  nothing. Unfortunately, the current Government also acts as an  adversary, not a partner,> he added.

Ishkhanyan recalled that in 2017 the budget of the field of science  was reduced by 7%. In this regard, he called on the Government to  fully compensate for this amount, taking into account the past years.

The expert also demanded an increase in funding for scientific  programs at the expense of the Government Reserve Fund. According to  Ishkhanyan, targeted funding for the repair or technical re-equipment  of the Research Institute could be collected by including the  corresponding item in large telethon. The establishment by the  speaker and the prime minister of the corresponding state prizes for  the recorded achievements could also contribute to the development of  the scientific sector.

Ishkhanyan also called for financing the program to promote projects  of young scientists not from the budget of the State Committee for  Science, but from other sources. He recalled that such a mechanism  was originally planned, from the moment the program was introduced,  but over time, this funding scheme was changed.