Mouflons have been torn to pieces: Second case of stray dogs  penetration was recorded in Yerevan Zoo 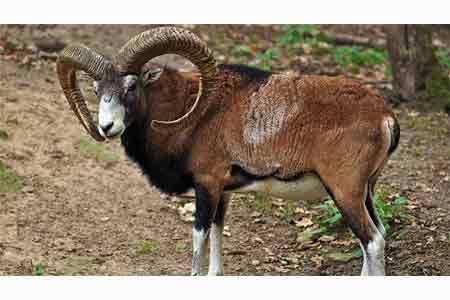 ArmInfo.On November 1, around 06:00 a.m., a second case of stray dogs penetration was recorded in the territory of the Yerevan Zoo.

According to the press service of the zoo, three mouflons (2 males, 1  males) were killed as a result of the attack.

According to the staff of the Yerevan Zoo, the pack of dogs that  entered the park is most likely the same pack that attacked the  kangaroo the day before.

To note, three puppies that could not get out of the enclosure were  caught and transferred to a sterilization center.

Considering the incidents of the last two days taking place at the  Zoo, Deputy Mayor of Yerevan Tigran Virabyan suggested director of  the Yerevan zoo Ruben Khachatryan to write a letter of resignation.

It is noted that the proposal was sent after consultations with  Yerevan Mayor Hayk Marutyan.

In turn, the administration of the zoo turns to the appropriate  structures in order to quickly find and neutralize dogs, given the  relevance of the problem and the importance of ensuring public safety.

It is noted that in order to exclude the human factor associated with  the penetration of dogs, the Zoo administration also contacted the  law enforcement bodies of Armenia to begin a preliminary  investigation.  To recall, yesterday, at a Yerevan zoo stray dogs  attaked  three kangaroos. The incident occurred early in the morning  and the vets who arrived at the scene were unable to save rare  animals.  Kangaroo males were donated to Yerevan Zoo by the Chisinau  colleagues in June 2018. The males were to "get acquainted" with the  females that were expected from Amsterdam in December, with the  understandable purpose of breeding.

To recall, since 2011 this is the third case of stray dogs entering  the territory of the zoo due to which animals receive, sometimes  serious injuries and often die. This is due to the lack of fencing  throughout the park, which allows not only dogs, but also foxes exotic animals.  The Yerevan Municipality has already taken up  this problem and has already begun work on fencing the territory of  the park to ensure its safety.  However, it is strange that with such  extensive work, no one even thought about ensuring the safety of the  permanent inhabitants of the Zoo, and a "worthy" fence was not built.