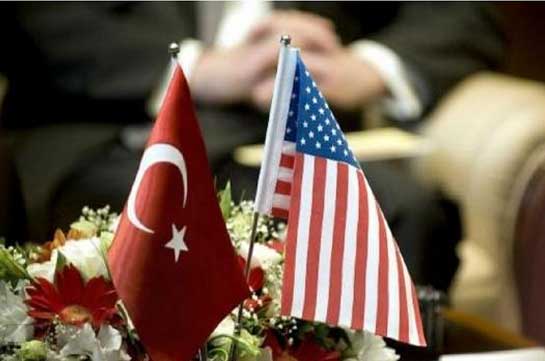 ArmInfo.Turkish Foreign Minister Mevlut Cavusoglu and US Secretary of State Mike Pompeo held a telephone conversation the day before, in which they discussed, in  particular, the US resolution on recognition of the Armenian  Genocide. This was reported by TASS, citing a source in the Turkish  Foreign Ministry.

"Our minister held talks with US Secretary of State Mike Pompeo.  During the conversation, the projects adopted by the House of  Representatives and [the situation] in Syria were discussed," the  agency quoted the source as saying.

On October 30, Anadolu reported that, in connection with the adopted  document, US Ambassador David Satterfield was summoned to the Turkish  Foreign Ministry. By According to The USA Today, the resolution  adopted "will certainly increase friction in US-Turkey relations."

The Armenian Genocide - the mass deportation and extermination of the  Armenian population in the Ottoman Empire during the First World War.  In 1915, more than 1.5 million Armenians were killed. The fact of  genocide was recognized by more than 20 countries, but Turkey rejects  the term "genocide", claiming that there was a fratricidal war in  those years and each side suffered heavy losses.