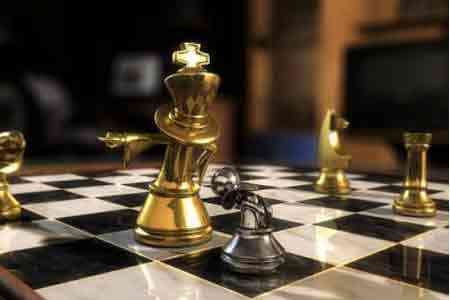 ArmInfo.In Armenia, there is a serious political crisis, since the country lacks the heads of the National Security Council, the Police and the State Guard Service.  This was stated at a press conference by the director of the Caucasus  Institute, Alexander Iskandaryan.

Meanwhile, the expert noted that such personnel shifts are a  completely normal phenomenon in the post- revolutionary period.  According to Iskandaryan, the "managers of the revolution" who came  to power sooner or later understand the need to work with  professional personnel. <Meanwhile, these professionals are people  from a different test, with a different biography, and in any country  they begin to slow down the instructions from above. Contradictions  begin, and these people then "splash out" of power. In Armenia - The  very beginning of this process, the berries are ahead. The power will  split, people will leave it, and this is a natural course of events>,  - said Iskandaryan.

He drew attention to the fact that in the case of Armenia, the  <motor> of the revolution was a couple of dozens of people against  the background of the need to recruit several thousand civil  servants. <In the future, these people cannot but come into conflict  with each other. That is how the revolution devours its children>,  the expert concluded.

Recall that in mid-September, Valery Osipyan resigned from his post  as head of the RA Police, while promising to "later talk about the  reasons for leaving". Then he was appointed adviser to the prime  minister, but resigned from this post.

The resignation of Arthur Vantsyan from the post of head of the  National Security Service became known on September 16. In his  statement, he noted in particular that "spontaneous decisions,  sweeping actions, and the absence of differences between the primary  and secondary are not the path that leads to the achievement of  goals." Despite the subsequent "courtesy exchange" between him and  the Prime Minister, Vanetsyan continues to head the Football  Federation of Armenia.

The decree on the dismissal of Grigory Ayrapetov from the post of  head of the State Security Service of the National Security Service  was signed on October 15. Hayrapetov was the personal bodyguard of  the three ex-presidents of Armenia, as well as the current Prime  Minister of the Republic of Armenia, Nikol Pashinyan.