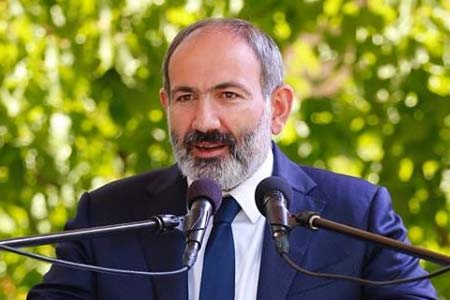 ArmInfo. The educational process should be continuous. This was announced on October 21 by the Prime Minister of Armenia Nikol Pashinyan at the annual international conference "Education for All".

According to the Prime Minister, the Armenian authorities are  currently considering developing a strategic vision, within the  framework of which they plan to turn the educational process into a  national way of life.  This concept, as the head of government  pointed out, fits within the framework of the logic, which reads:   "every next day we must learn more than the day before."

The daily increase in the educational qualification, according to  Pashinyan, should extend to both the worker of science and culture,  and the ordinary artisan.

Note that the conference will be held until October 23. The Minister  of Education, Science, Culture and Sports of Armenia Araik also  participates in it.

Harutyunyan, head of the EU delegation in Armenia Andrea Victorin,  experts, as well as 450 participants from 75 countries of the world.