Armenian Minister of Environment cannot guarantee 100% safety of  Teghout Mine 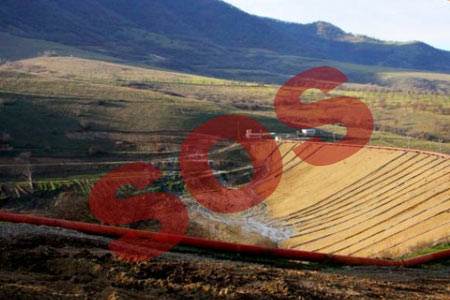 ArmInfo.Minister of Environment of Armenia Erik  Grigoryan does not have enough information to give a final answer to the question whether the Teghout  mine is insured  against situations similar to what happened today with the Zangezur  Copper-Molybdenum Plant. He stated this in an interview with  reporters on October 17 after a government meeting.

At the same time, the Minister admitted that he was acquainted with  the conclusions of international experts on the problematic nature of  the tailing damps of Teghut CJSC. As Grigoryan pointed out, the  information was transferred to the appropriate structures.

To recall, the Teghout Mine ceased operation in January 2018. At  first, the company that operated it stated that the reason was the  need for ongoing repairs, and two months later, it stated that there  was a problem in the tailings pond and the interruption would be  long. Later it became known that VTB Bank confiscated at the mine and  mining plant because of about $ 400 million in debt outstanding by  "Vallex Group".

In July this year the representative of the American consulting  company, David Hallman, stated that there is a risk of collapse in  the tailing dumps of the Teghout Mine and there is a risk if it is  exploited. Activists began demanding to stop the mine development.

Nevertheless, the current management Teghout company, which is  subordinate to VTB Bank, restarted the mining and processing plant in  mid-July and claims that there are no problems in the tailing dump.  On the day of the restart, Lori Region Governor Andrey Ghukasyan and  Teghut CEO Karen Ghazaryan stated that they had suspicions that  "false rumors" about the danger of the collapse of the tailing dump  were being deliberately disseminated.

Meanwhile, in a statement issued the day before, the Vallex Group  noted that in October-November 2017, three internationally recognized  organizations investigated the tailings damp, and concluded that  "urgent measures should be taken to strengthen the tailings damp and  ensure safety", otherwise case "operation of the plant will lead to a  real threat of collapse of the dam." On August 15, those in charge of  Teghout CJSC reported that an agreement was signed with a Bulgarian  company to carry out the necessary research on the tailing damp. The  company said that work will begin in the first days of September,  with the arrival of Bulgarian specialists.  The entire process of  engineering-geological and hydrogeological examinations and  initiation of a study of the sustainability of the tailings dam will  be under their direct control, and the results will be ready within  7-8 months.  "The September 10 earthquake proved that the government  was right about the sustainability of the Teghout tailing damp,"  Prime Minister Nikol Pashinyan wrote on his Facebook page. He  recalled that there were many allegations of the imminent destruction  of the tailing damp. However, according to the prime minister, if  these statements were true, then after the 4-magnitude earthquake  recorded in the territory of the mine, the tailing damp would have  collapsed. Pashinyan recalled that the management company was  required to conduct a detailed analysis of the situation, identify  the degree of risk and ensure long-term safety, only after which the  mine will be possible to operate.