Naghdalyan: There were no negotiations in Ashgabat, only contacts  between the leaders of Armenia and Azerbaijan 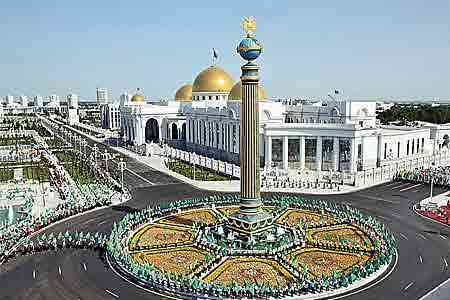 ArmInfo. Press Secretary of the Armenian Foreign Ministry, Anna Naghdalyan, referring to the meeting between the Prime Minister of Armenia Nikol Pashinyan and the President of Azerbaijan Ilham Aliyev in Ashgabat, stressed that there  were no negotiations in the capital of Turkmenistan.

So, on October 14 at a briefing in Yerevan, Naghdalyan, touching on  the agenda of the meeting, Pashinyan- Aliyev, noticed that everything  fit into the rules of international politeness. "There were no  negotiations in Ashgabat, but only contacts. Armenia clearly  adheres to the rules of international platforms where the seating of  leaders is carried out in alphabetical order. Naturally, in  alphabetical order, the leaders of Armenia and Azerbaijan sat side by  side, and, naturally, talked about including on the Nagorno-Karabakh  conflict settlement, "she said, adding that Armenia has always  respected the rules of courtesy at all international venues, and  everything fits into this logic.