Georgian PM to pay official visit to Armenia on October 15 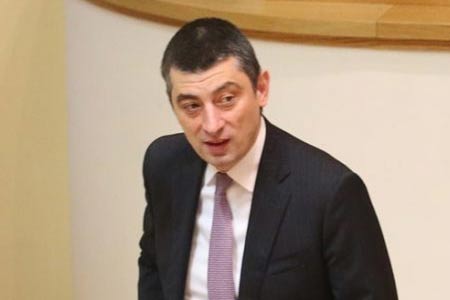 ArmInfo. At the invitation of the head of the Armenian government, Nikol Pashinyan,  Georgian Prime Minister Giorgi Gakharia will pay an official visit to  Armenia on October 15. This was reported by the press service of the  Office of the Prime Minister of the Republic of Armenia.

According to the source, after the official ceremony of the meeting,  the prime ministers of Armenia and Georgia will have a separate  conversation, after which an extended meeting of the delegations of  the two states will take place. Following the talks, the prime  ministers of the two countries will make statements for media  representatives.

During the visit, Giorgi Gakharia will meet with the President of  Armenia Armen Sarkissian, Catholicos of All Armenians Karekin II.

The Prime Minister of Georgia will also visit the Tsitsernakaberd  memorial complex, where he will honor the memory of the victims of  the Armenian Genocide.