Mihran Poghosyan`s accusation supplemented: he is also accused of  laundering money on an especially large scale 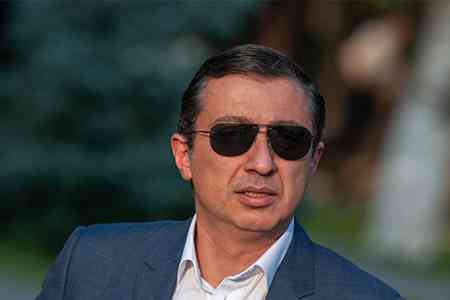 ArmInfo. In the framework of the  criminal case investigated by the RA Special Investigation Service,  the former chief compulsory executor of judicial acts, Mihran  Poghosyan, was also charged as a defendant for committing a criminal  offense, namely for the legalization of property on a particularly  large scale obtained by criminal means.

This was reported by the  press service of the NSS. To note, earlier Mihran Poghosyan was  charged with illegal business. After the change of power, he left  Armenia and went to Russia. The Prosecutor General's Office of  Armenia sent the relevant documents to the competent authorities of  the Russian Federation for extradition, however, according to  information received from the Prosecutor General's Office of the  Russian Federation, the application was rejected.

Thus, Mihran Poghosyan, as a result of illegal participation in  entrepreneurial activity, with the aim of concealing, distorting the  real source of origin of 1,190,000 US dollars and legalizing the  proceeds of crime, as well as due to non-payment of taxes in  especially large amounts by Catherine Group company, in fact managed  by him and other organizations affiliated with it, he documented  these amounts as a loan for transferring to the bank account of  Catherine Group LLC and using it to repay current obligations,  including credit obligations of the company.

In addition, a person authorized by Poghosyan transferred USD 690,000  to the bank account of Catherine Group equivalent to 329.130.000  drams of RA on the basis of an interest-free loan agreement concluded  on May 23, 2015 between the company actually managed by Poghosyan,  registered in the offshore zone of the Republic of Panama and  Catherine Group LLC.

By the above actions, Poghosyan hid the real source of origin of  1,190,000 US dollars acquired as a result of his participation in  illegal business activities, thereby legitimizing them. The  investigation in this case continues.