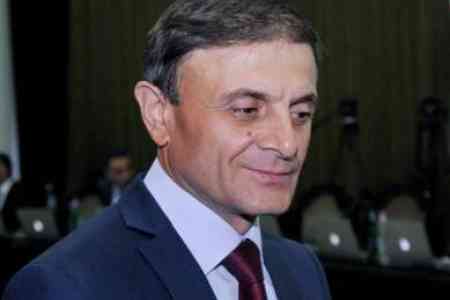 According to the official website of the Armenian government  e-gov.am, the decision on the appointment was signed by Prime  Minister Nikol Pashinyan on September 18.

Recall that this afternoon, Armenian President Armen Sargsyan, at the  suggestion of the Prime Minister, signed a decree releasing Valery  Osipyan from the post of head of the RA Police.