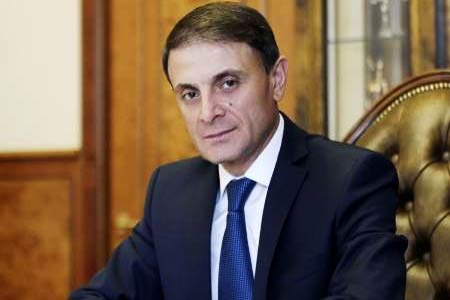 ArmInfo. Information that the Chief of the  Police Valery Osipyan, following the head of the NSS, also submitted  his resignation to the Prime Minister, has not been officially  confirmed.

However, as ArmInfo learned, at the yesterday meeting of  the Security Council, Pashinyan demanded that the Chief of the Police  be more responsive in disclosing corruption cases of the previous  government and more rigidity in their attitude. As the sources  inform, Pashinyan got the impression that the Police, in terms of  personnel and professionalism, are not able to meet the demand of the  new political leadership of the country. Apparently, the application  has been submitted, but has not been signed yet.  The source notes  that Pashinyan also put forward a demand regarding the work of the  NSS. The cup of patience was overflowed after the emergence of  information about the presence of "controversial cases" and,  possibly, even frauds, in which close family members of already  former head of the NSS Artur Vanetsyan were previously involved.

According to independent observers, the fact that high-profile cases,  which Vanetsyan and Osipyan reported, do not find a logical  conclusion until now, greatly irritate the public and significantly  affect the rating of the leader of the "velvet revolution". According  to observers, the fact that in such a highly corrupt structure as the  Police, after the revolution, there were no serious personnel changes  and "new blood" injections, seriously affected the level of internal  resistance of this structure to reforms and goals.