Yerevan on Bolton`s dismissal: Armenian-American relations are not  based on personalities 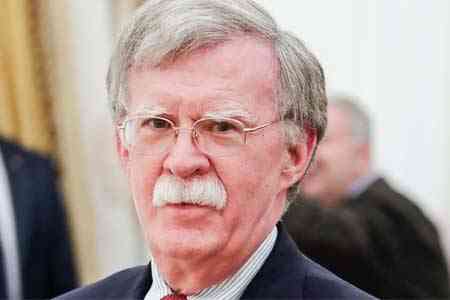 ArmInfo. Armenian-American  relations are not based on personalities and are more institutional  in nature. This was announced at the press conference in Yerevan on  September 13 by Anna Naghdalyan, spokeswoman for the Armenian Foreign  Ministry, referring to the dismissal of National Security Advisor  John Bolton by the US President.

She emphasized that the active dialogue between Armenia and the USA  continues in different directions and Yerevan is ready to continue  efforts in this direction.

To note, US President Donald Trump said on September 10 that he had  dismissed John Bolton from the post of his national security adviser.  In his Twitter account, Trump noted that he categorically disagreed  with Bolton's many judgments, as did other members of his  administration. I'll appoint a new national security adviser next  week, "Trump wrote. As the president said, he has 15 candidates and  everyone wants to be in that position.